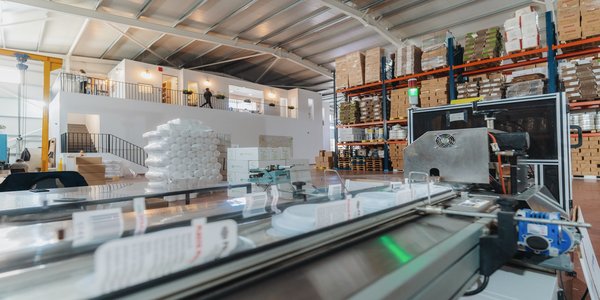 Mr. Petrit Rexhepi established Previsa shpk in 1992 in Tirana, Albania. With the concept of family run business at it’s core, he established a wholesale distribution warehouse that within 10 years became a top 300 company in Albania. During this period Previsa secured several brands for exclusive distribution, such as Swedish Match, Arnold Andre, and candle manufacturing. In 2001 Previsa expanded the enterprise and created a wholesale and distribution branch in the Kosovo market with exclusive representation of global brands such as Colgate and Palmolive. In 2008, thanks to the assistance of Dr. Prof. Pleurat Rexhepi (oldest son), Previsa also secured the first Authorized Reseller certification for all Apple Products in Albania.


In February of 2018, Mr. Visar Rexhepi took over the company and shortly thereafter established a modern day corporate structure for management, updated the distribution strategy, relocated HQ and expanded into manufacturing of various plastic products. Very short after Previsa reinvested in modern machinery that allowed Biodegradable material to be used in same plastic machinery and in 2019 increased the exports to 200%. In year 2019 Previsa expanded to construction (Steel frame construction) industry by building BMW Dealership for Tomoc Group Albania and very short after in office building and houses around Tirana Albania.

In year 2020 due to pandemic crises Previsa developed App Previsa wich can be downloaded on Ios or Android for distribution. The app consists on B to B concept in wich Bars, Restorant, Pastry, Marekts, Supermarkets can make direct orders from different suppliers and will be distributed by Previsa in scheduled time. The app is the largest online trade by offering over 22.000 products from over 20 suppliers within the first month of being operational.

Previsa remains a privately owned corporation with over 40 employees based in the newly completed logistics center. In addition to the Headquarters, it also operates a 1,000 m2 product warehouse, a fleet of transportation vans, a plastic injection molding factory, a candle manufacturing facility, an Apple Authorized Reseller, construction company, App Previsa and continues wholesale and distribution of a catalog of Domestic and Imported products.